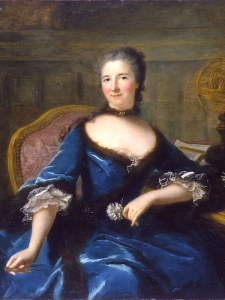 Congratulations to Ovidiu Babeș for his prize-winning paper “Mixed Mathematics and Metaphysical Physics: Descartes and the Mechanics of the Flow of Water.” Ovidiu’s paper investigates the complex interplay between physics and mechanics in Descartes’ quantitative explanation of the flow of water, showing the creativity in Descartes’s attempts to bridge the mechanical and the physical, and the difficulties that ensue for his natural philosophy. Ovidiu is currently a postdoctoral researcher at the Vrije University Brussels, working on a project about Isaac Newton's reception in the 18th century. He defended his PhD in 2022 at the University of Bucharest with a dissertation on Descartes and mixed mathematics. More generally, his research deals with early modern philosophy and science.

The topic of this year’s prize was “Descartes’s Metaphysical Physics”, in honor of the 30th anniversary of Dan Garber’s highly influential book of that title.

A big thank you to the committee for all their work, and to all those who submitted such superb papers. The winner receives $1000, an invitation to participate in a workshop on the topic of the prize, and an invitation to have their paper considered for publication in Studies in History and Philosophy of Science.

The workshop honoring this year’s prize winner, and including talks by members of the committee, will be held at Duke University on March 28-29, 2023. Registration for this workshop will open in the new year.

Members of This Year’s Prize Committee

The Du Châtelet Prize in Philosophy of Physics is supported by Duke University in collaboration with Studies in History and Philosophy of Science.

For details of the submission process, and for any other questions, please contact Katherine Brading (katherine.brading@duke.edu).

The Du Châtelet Prize in Philosophy of Physics celebrates excellence in philosophy of physics and promotes breadth across the field both historically and philosophically. Each year, a prize committee of senior scholars in the field invites submissions on a particular topic. The prize winner receives feedback and support from the committee, and the paper is considered for publication in Studies. The goals of the prize are to support young scholars working in philosophy of physics, to strengthen the historical and philosophical breadth of the field, and to promote some of the very best work being done by students and junior scholars.

Submissions are considered under blind review. Whenever a possible conflict of interest is recognized, committee members are recused accordingly.

2019 Winner: Adwait Parker “Newton on Active and Passive Quantities of Matter”, Studies in History and Philosophy of Science Part A 84 1-11. 2020.