"Cascade as a causal concept: The diversity of causal structure in science"

According to mainstream philosophical views causal explanation in biology and neuroscience is mechanistic. As the term “mechanism” gets regular use in these fields it is unsurprising that philosophers consider it important to scientific explanation. What is surprising is that they consider it the only causal term of importance. This talk provides an analysis of a new causal concept–it examines the cascade concept in science and the causal structure it refers to. I argue that this concept is importantly different from the notion of mechanism and that this difference matters for our understanding of causation and explanation in science.

END_OF_DOCUMENT_TOKEN_TO_BE_REPLACED 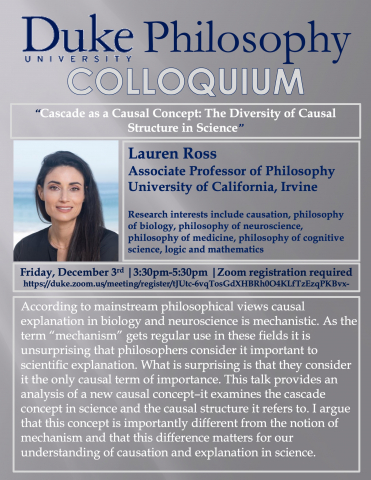