Heidegger in Ruins: Between Philosophy and Ideology

Richard Wolin discusses his book "Heidegger in Ruins: Between Philosophy and Ideology" in this lunchtime seminar.

Richard Wolin is an intellectual historian. He is Distinguished Professor of History at the CUNY Graduate Center, where he has worked since 2000. He is known for studying the particular contributors to and sources of postmodernism's late 20th-century formulation, including Nietzsche and Heidegger. Before going to CUNY, he was a professor at Rice University in Houston, Texas.

His books include The Heidegger Controversy: A Critical Reader; The Frankfurt School Revisited; The Wind from the East: French Intellectuals, the Cultural Revolution, and the Legacy of the 1960s; and The Seduction of Unreason: The Intellectual Romance with Fascism from Nietzsche to Postmodernism.

Please RSVP to serena.elliott@duke.edu for attendance. 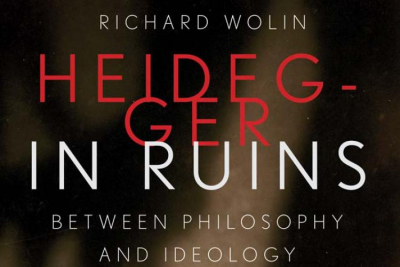