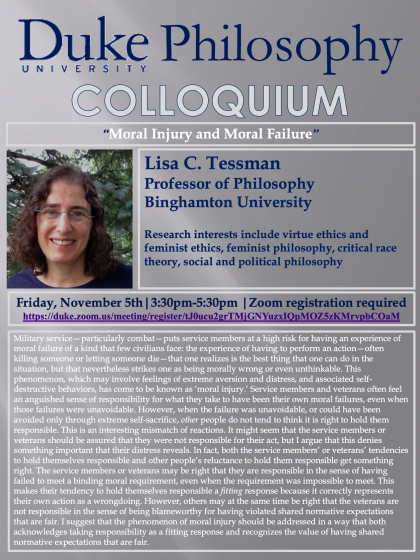 Military service—particularly combat—puts service members at a high risk for having an experience of moral failure of a kind that few civilians face: the experience of having to perform an action—often killing someone or letting someone die—that one realizes is the best thing that one can do in the situation, but that nevertheless strikes one as being morally wrong or even unthinkable. This phenomenon, which may involve feelings of extreme aversion and distress, and associated self-destructive behaviors, has come to be known as ‘moral injury.’ Service members and veterans often feel an anguished sense of responsibility for what they take to have been their own moral failures, even when those failures were unavoidable. However, when the failure was unavoidable, or could have been avoided only through extreme self-sacrifice, other people do not tend to think it is right to hold them responsible. This is an interesting mismatch of reactions. It might seem that the service members or veterans should be assured that they were not responsible for their act, but I argue that this denies something important that their distress reveals. In fact, both the service members’ or veterans’ tendencies to hold themselves responsible and other people’s reluctance to hold them responsible get something right. The service members or veterans may be right that they are responsible in the sense of having failed to meet a binding moral requirement, even when the requirement was impossible to meet. This makes their tendency to hold themselves responsible a fitting response because it correctly represents their own action as a wrongdoing. However, others may at the same time be right that the veterans are not responsible in the sense of being blameworthy for having violated shared normative expectations that are fair. I suggest that the phenomenon of moral injury should be addressed in a way that both acknowledges taking responsibility as a fitting response and recognizes the value of having shared normative expectations that are fair.

END_OF_DOCUMENT_TOKEN_TO_BE_REPLACED 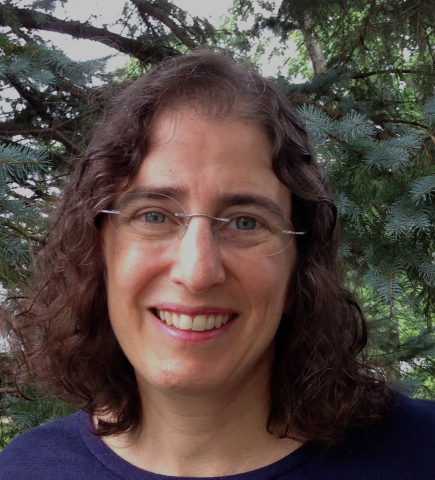